The paper by Antoine Amarilli and Louis Jachiet (from DIG) and Charles Paperman (U. Lille),
Dynamic Membership for Regular Languages, has won the best paper award at track B of the ICALP 2021 conference.

The paper by Antoine Amarilli (from DIG) and İsmail İlkan Ceylan (U. Oxford),
A Dichotomy for Homomorphism-Closed Queries on Probabilistic Graphs, has won the best paper award at the ICDT 2020 conference.

A new version of scikit-network is available!

Télécom Paris offers a full-time academic position as Maître de Conférences in the area of Artificial Intelligence, and in particular on techniques making results or decisions of AI explainable, starting September 2020.

Pierre-Alexandre Murena‘s thesis: Minimum Complexity Principle for Knowledge Transfer in Artificial Learning (under the supervision of Antoine Cornuéjols and Jean-Louis Dessalles) got the 2nd prize of the best IMT thesis.

The DIG team is opening an Associate Professor position in Scalable Artificial Intelligence at LTCI, Télécom ParisTech in Paris. 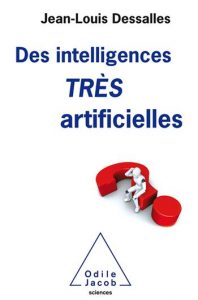 The objective of this workshop is to bring together people from industry and academia for presenting and discussing the most recent learning techniques based on graphs, from both theoretical and practical perspectives.

The workshop will cover the following aspects:

Our 2007 paper about the YAGO knowledge base has won the Test of Time Award of the World Wide Web Conference (WWW) 2018.

Fabian Suchanek, Professor at Télécom ParisTech, Gjergji Kasneci (SCHUFA Holding AG), and Gerhard Weikum (Max Planck Institute for Informatics) have been granted the 2018 Seoul Test of Time Award by the 27th International World Wide Web Conference (also known as The Web Conference 2018) for their article entitled “YAGO: A Core of Semantic Knowledge Unifying WordNet and Wikipedia”, that was first published and presented in May 2007 at the 16th Web Conference . This award recognizes the authors for their seminal work in creating the knowledge base, YAGO (Yet Another Great Ontology). Their awarded paper accounts for more than 2,468 cites to date. The Seoul Test of Time Award has been annually granted since 2014 to the author/authors of a paper presented at a previous World Wide Web conference that has, as the name suggests, stood the test of time.

YAGO, which is the result of a joint work with the Max Planck Institute, is nowadays one of the largest public knowledge bases created from Wikipedia, with more than 17 million entities and 150 million facts about these entities. Its source code was unveiled in 2017 (see our interview – in French). “YAGO was among the first projects to extract semantic knowledge at large scale from Wikipedia and is one of the pioneering contributors of the web of data, together with DBpedia”, Dame Wendy Hall, Professor at the Web Science Institute at the University of Southampton and Chair of the International World Wide Web Conference Committee (IW3C2), which supervises the Web Conference, said. “YAGO made available a large body of knowledge, samples of which were manually evaluated to show their very high accuracy. In addition to its contribution to knowledge content on the web, YAGO also played a seminal role in weaving a web of linked data by linking to other vocabularies including the DBpedia ontology and WordNet.”

The Web Conference is a prestigious yearly international conference, that was first organized in 1994, on the topic of the future directions of the world wide web. Three awards, in addition to the Seoul Test of Time, are granted. In 2018, Sergey Brin and Larry Page, who both founded Google, won the First Award for their paper entitled “The Anatomy of a Large-Scale Hypertextual Web Search Engine”, that was first presented at the 2015 Web Conference.